The early signing period is underway, and Virginia fans have a lot to be excited about. After a 2021 recruiting period that was troubled by drawn out recruitments and COVID dead periods, the class of 2022 was as close to perfect as it gets in recruiting. In pulling in a monster class (good for 247 Sports’ eleventh overall nationally), Tony Bennett showed shades of his usual formula, as well as a few new tricks. By the time rankings wrap up in the late spring, Virginia’s class of Isaac McKneely, Leon Bond, Isaac Traudt, and Ryan Dunn may very well rank higher than Bennett’s 2016 class of future National Champions as his best ever. The classic box logo in black and white.

True to size in Men’s sizing.

The first and least surprising commitment in Virginia’s 2022 class was 6’4” shooting guard Isaac McKneely, out of Poca, West Virginia. Both on and off the court, McKneely seemed like a perfect fit from the beginning, and tied the knot with Virginia January. McKneely possesses the same quiet confidence that his future coach, Tony Bennett has.

Isaac is an extremely high-level shooter, both off the dribble and in catch-and-shoot situations. Expect him to fly off screens and hit his fair share of acrobatic triples, similar to former Wahoo shooting guard, Kyle Guy. When he’s not burning up nets from deep, McKneely likes to showcase his underrated explosiveness. Isaac has a nasty first step, and prefers finishing over top of defenses if they’re late. Whether it’s from beyond the arc, or above the rim, Isaac McKneely is sure to make his presence felt on the court.

While he certainly made it interesting down the line, Isaac Traudt of Grand Island, Nebraska wasn’t going to spoil any #isaacquared believers. Traudt, who chose Virginia over offers from Gonzaga, North Carolina, Michigan State, Texas, Kansas, and more, represents one of Bennett’s biggest ever recruiting wins.

Traudt is a 6’10” do-it-all forward, best known for his shooting ability and offensive versatility. In the past year, he’s gone from a gangling ball of limbs to a good-sized forward, all while maintaining the cat-like agility that has made him an offensive terror to opposing lead-footed forwards. Virginia got a good one with Traudt, and should look forward to him swinging from rims and hitting step back three’s for years to come. 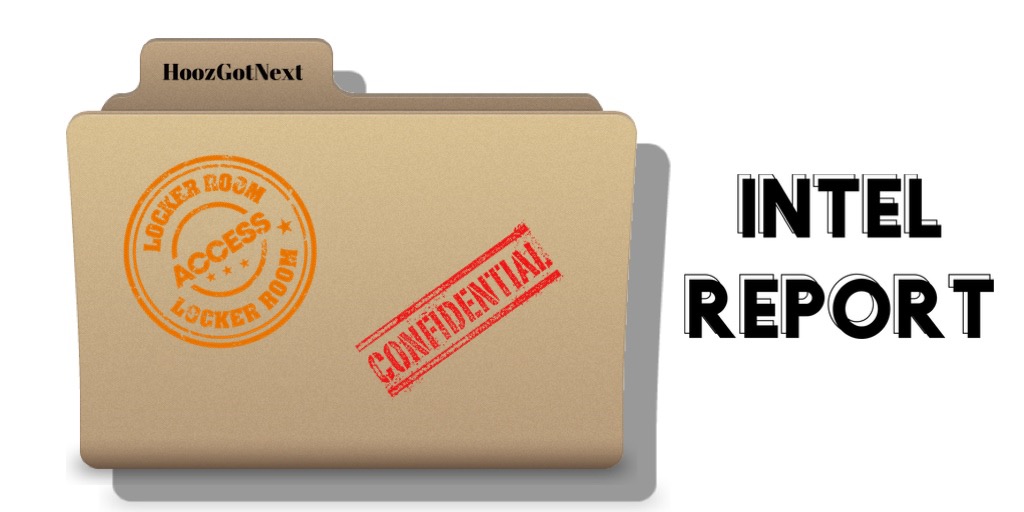 Includes Pinned post in forum and 1 advertisement in the next Recruiting Blog.

While Virginia shut down McKneely’s recruitment before it began, and outpaced its competitors to win Traudt’s commitment, Leon Bond shut down his own recruitment before the sharks could begin to circle. After visiting his top three of Virginia, Marquette, and Cincinnati in June, Bond signed on as Virginia’s second commitment in late July.

The 6’6” wing comes to Virginia ready to show fans his hard-nosed defense, as well as show stopping dunks, and highlight-reel transition game. Bond has said Coach Bennett believes he can be one of the best defenders in the nation, boasting a wide defensive skillset that will see him locking down the ACC’s best from point guard to forward.

After a trio of recruits found their way to Virginia in a variety of ways, Ryan Dunn of New York stuck to Tony Bennett staff classic: the July stock-riser. Seemingly overnight, over a dozen high major offers poured in after Dunn captivated coaches with his potential on the wing. The high-ceiling late bloomer chose Virginia from a final eight that included Pittsburgh, Maryland, and Georgetown.

After a growth-spurt that vaulted Dunn into the high major discussion, Ryan still carries that guard skillset with him now as a 6’7” wing. He needs to add some weight, but Dunn is a solid shooter with the ability to create from the mid-post out to the perimeter. All signs point to Coach Tony Bennett adding Ryan Dunn to a list of high-level July gems such as London Perrantes, De’Andre Hunter, and Kadin Shedrick.

PUTTING IT ALL TOGETHER

In 2022, Bennett added just about everything you could want in a class. McKneely adds shooting and plus athleticism at guard, Dunn and Bond have complimentary skills at both wing positions, and Isaac Traudt has an ACC ready body and one of the most diverse skillsets of any Virginia recruit in recent memory. Make no mistake, Tony Bennett is a good recruiter, but very rarely do you see a coach pull in all of his first options at each position he targets. That’s exactly what Bennett and his staff pulled off in 2022 with McKneely, Traudt, Bond, and Dunn. On top of their promise on the court, all four of these young men seem to be down-to-Earth off court fits for this Virginia basketball program. Once again, Virginia basketball looks primed to sit firmly atop the ACC throne for years to come. Sponsorship of The JWILLY Show

Includes your logo on Social Media Clips + Tagging on Social.

Want to sponsor a player?  Email us your questions/details.

Email your Ad to info@lockerroomaccess.com